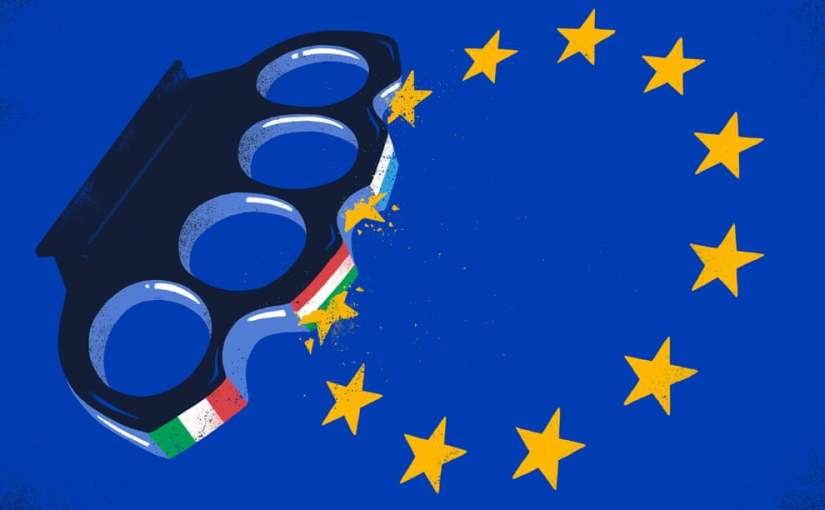 Virtually everyone is in agreement about the importance of the next European parliamentary elections, scheduled for May 2019. Some even go as far as claiming that they could make or break Europe.

Curiously, EU citizens believe in Europe more than ever, while at the same time they welcome new parties, some of which seem intent on destroying it. This means that there is so much at stake. In May we could find ourselves with a status quo of sorts, or with a political earthquake that will have changed the political landscape, possibly for good. Our prediction is that after Brexit, the sea change in Italy and far-right gains across the continent, there can be no return to the past. We have evolved.

European liberal and democratic values are under threat. The threat comes chiefly from far-right populists, who are likely to gain seats in May. Some of them have changed too. Rather than destroying Europe, they want to unite, take over and impose their vision. They say that they merely want to give more power to nation states, but can we honestly believe that if they succeed, that democracy as we know it will survive? Are we 100% certain that there will be meaningful elections in the future and that human rights will be respected? The past teaches us that politicians and parties with authoritarian tendencies despise freedom of choice. At present, the case of, for example, Hungary tells us that democracy is in danger. And let us see how things develop in Italy and Poland. President Macron of France called these elections the ‘fight for civilisation’ and he might be right.

The threat also comes from outside. Fake news have affected electoral outcomes in the USA and UK. We do not know how much but it may have been decisive. There will be a concerted effort on behalf of Russia and its trolls to swarm over social networks, sow doubt, undermine the democratic process and help elect their useful idiots, who conveniently happen to be anti-EU.

The next EU parliament will have to deal with a number of challenges: among other things Brexit, enlargement in the Balkans and migration. If the biggest parliamentary groups are further fragmented and if the extremists make gains, the job will not be done properly, which could further undermine EU and feed the populist beast. This is the long-term danger, which is hopefully understood by the moderates.

What is to be done then? Fortunately, there is awareness of the dangers ahead, which in itself is, naturally, not enough but which may lead to action, at the ballot box or otherwise. Moreover, politicians already in the parliament, although with many things that separate them ideologically, want an alliance against the far right. This is clearly the right course of action, but let us see if and to what extent these concerns trump petty party politics.

EU has several significant adversaries, one of which is low turnout. This favours extremists, whose supporters are more likely to vote. If enough decent people stay away, far-right populists will prosper. The challenge is therefore to motivate people to vote (long-term goal is to have genuine pan-European politics). One solution would be to advertise the elections, which is likely to be done. Social networks are highly important these days. Sharing this and similar articles will contribute to greater awareness of the importance of May 2019. We also need to engage, comment and if necessary, fight online.

Above all, non-nationalists of every colour need to offer a compelling alternative to far-right nightmare. What sort of Europe do we want? How are we going to go about achieving it? When can we expect concrete results of these changes?

2 thoughts on “These European elections could be crucial”